You've probably never played Polanie (AKA Osadnici, VICTORY or Slavs), a niche Polish real-time strategy game released in 1996. But even if you have, I bet you haven't noticed this one tiny little detail. I know I haven't – and I played the game a lot when I was a child.

What is it? Well, let's dive in the source code first. Yes, there is code. Janusz Prokulewicz, the man behind the Polanie fan site polanie.prv.pl managed to obtain the game's source code from Mirosław Dymek, the game's designer and lead developer (and that, together with the way the game came to life, is a story for another time). I'm mirroring the source code of the game and the map editor on GitHub, because polanie.prv.pl seems to not be maintained anymore (the last update is from the 10th of April, 2005) and I'd hate for the code to be lost. Actually, I'd hate for any content from the site to be lost and, frankly, I find it surprising that the site is still up at all – so I went ahead and mirrored the whole site on GitHub. The author painstakingly gathered a lot of game-related resources and this is my way of helping preserve it.

Why was I even looking at the source code? Some time ago I set about reimplementing the game, for few reasons:

Thus the OpenPol project was born. When learning how the game's resources are stored I learned about the thing that this post is about.

Here's few details about the game so that the next parts are easier to understand. Polanie uses VGA mode 13h, which means the resolution is 320x200 with 1-byte pixels. The pixel values don't store color information directly, but instead indexes into a color palette (1-byte indexes, so 256 colors available). Now that we know that, let's see how the game's main menu is displayed:

I highlighted the important lines here. The palette manipulation (DownPalette(1) darkens the current palette slowly, LoadExtendedPalette(2) loads palette with index 2 and RisePalette activates the palette, effectively) and the disabled code are irrelevant – what's interesting is what ShowPicture is doing:

where VirtualScreen is set here

to either point to 0xA0000, which is where the display memory is mapped or to RealVirtualScreen, which is a 64 000 bytes memory block allocated by the game. Since right before showing the main menu SetScreen(0) is called

when we write to the block of memory pointed to by VirtualScreen now we're actually displaying pixels. Those were truly simpler times in some manners, when you could do that.

OK, back to those two ShowPicture calls:

graphicfile is a file descriptor opened when game initialized its resources:

And graf.dat is a file with majority of the game's graphic assets (grafika is graphics in Polish, hence the file name). In LoadToScreen13h we calculate an offset in the file:

This suggests the file consists of 33 000 byte blocks and this is indeed the case. The whole file (I'm taking about the CD edition of the game) is 990 000 bytes, so 30 segments in total.

We move the current position inside the open file to Offset and then we move 6 bytes more, discarding an unused header within the selected segment:

And then we perform the actual data transfer:

Now, since ShowPicture passes its parameters directly to LoadToScreen13h we have those two call chains:

The if (size != 319) condition is never satisfied, because the code never moves the file position to a place, where it's fewer than 319 bytes from the end of file. Therefore j is never set to 2, it's for all intents and purposes a red herring.

Can you see it?

It took me a while to understand what I was looking at. "Hang on, this can't be right" I told myself several times, until I actually implemented importing the data from graf.dat and it worked.

If it worked what's the issue then?

See how in LoadToScreen13h when reading into the first half of the display memory (100 lines, 320 pixels each – it's important!) we're indeed iterating 100 times (for 100 lines) but for every 320-byte destination line we only read 319 bytes from the source?

See how we miss last one byte per line when reading into the second half of the display and we only iterate 99 times, therefore we only fill 99 lines and don't touch the last one? And it's not just the code doing it – the images in graf.dat really have 319-pixel lines (otherwise the code reading 319 bytes at a time and moving the file cursor forward 319 bytes at a time would not work) and the "second halves" only have 99 lines.

"No way", says you, "that would mean the game doesn't display anything on its right and bottom borders". Well, see for yourself (you need to zoom in a whole lot): 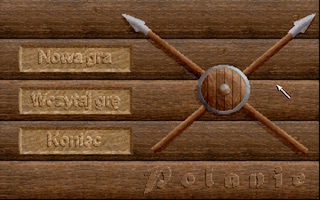 Just the corners, zoomed-in for your convenience: 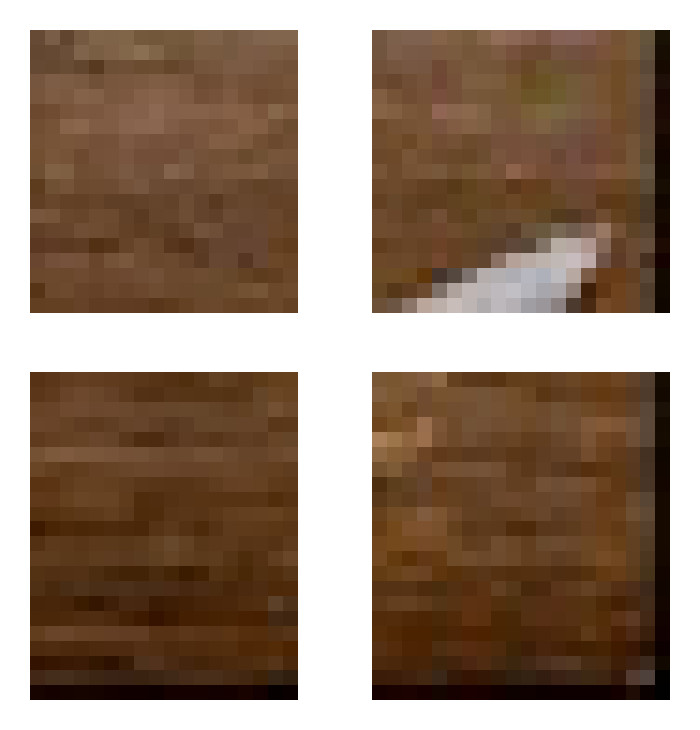 Clear as day. Black lines on the right and at the bottom. And it's not just the main menu, of course. Almost all graphic assets, including backgrounds, menus etc. that are almost-screen-sized-but-not-quote, are stored in graf.dat and you can see the missing lines in almost all stages of the game (but intro videos are loaded from separate files, for example, and they have the right resolution).

Well, I'm sorry, if it was underwhelming – there's nothing more to it, really.

Now, this is not the most useful piece of knowledge to have. Still, it was a lot of fun to find it, debug it and confirm it (and, if you're reading it – I hope it was fun to read). I document almost everything I discover about the game, the graf.dat documentation lives here. I stay hopeful that it may be of use to someone.

I can't help but wonder: why were the images in graf.dat 1 pixel short here and there? Was it an export issue that forced the programmers to code it that way? Was it a bug in the import code that forced the team to export the assets in a format that would never fill the screen? Was the bug noticed or did it slip through the cracks? Has anyone else spotted it?

I don't know the answer to any of those questions. We may never learn the truth. I know one thing though: next time I play Polanie I'll be looking for those two black lines and even if I can't see them I'll know they're there: the 519 forgotten pixels.